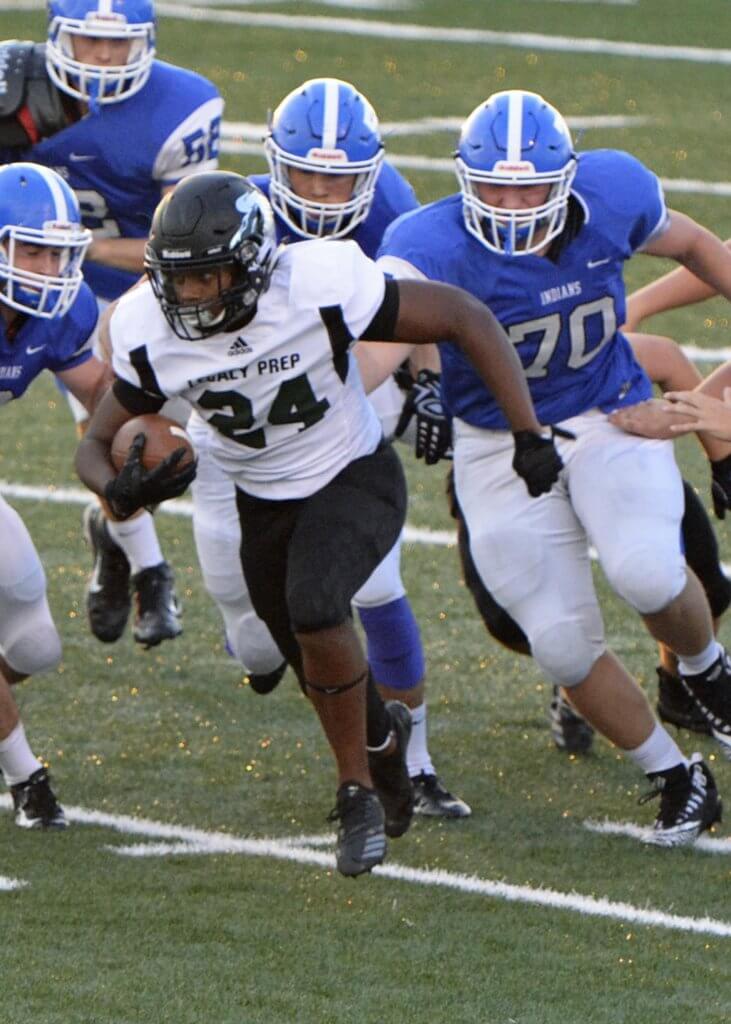 Dion’s initial injury damaged the patellar tendon, and most likely his ACL. These are tendons and ligaments that provide support for the knee and knee cap. As Dion was coming off the field, he planted his injured leg and his knee cap dislocated, damaging an artery. There were many miraculous events that happened (too many to list) but Dion was rushed into surgery Saturday morning around 2:00am to repair his damaged artery. A vascular surgeon was able to use a vein from Dion’s upper thigh to replace the damaged artery. In addition, a metal rod was placed inside Dion’s leg to hold his patella (knee cap) in place.

Since the injury, Dion has gone through several surgeries and remains hospitalized. Needless to say, he has a long road ahead. He still needs multiple surgeries and is facing months of rehab.

Dion loves his teammates, football, and Legacy, and most important, God. The prayers and encouragement have been amazing, please continue to do so. That being said, no family is ever prepared for a situation such as this. Between the surgeries, numerous doctor bills, hospital bills, rehabilitation and more, this is extremely overwhelming. 100% of anything you donate will go directly to Dion’s family to help them in this time of need.

God Bless and thank you for helping. Link to Go Fund Me – Dion Pinkard