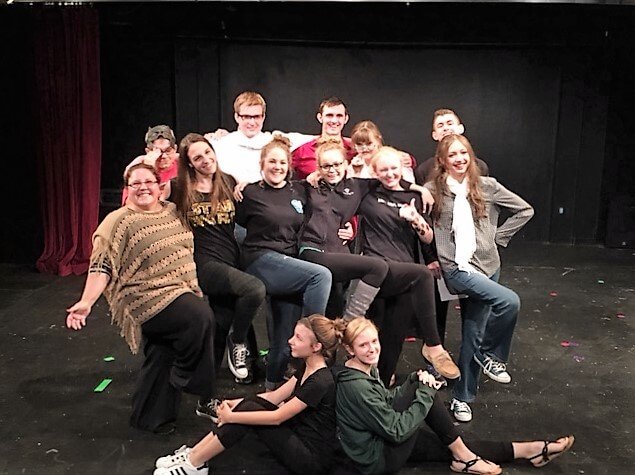 After their performance they were able to watch the other schools in the competition perform. Legacy placed third in district and four of our students were selected by the judge for their outstanding performances. Hudson Railey and Molly Jacobs received Honorable Mention awards and AnaBelle Elliott and D’Artagnan Elliott both received All-Star Cast awards. The judge was impressed with our Inspired Legacy Lions and had wonderful things to say about our theater program!